Do not Enter Unless You Can Read Between the Lies 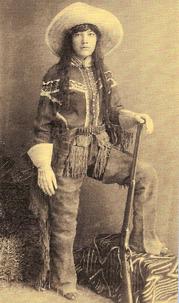 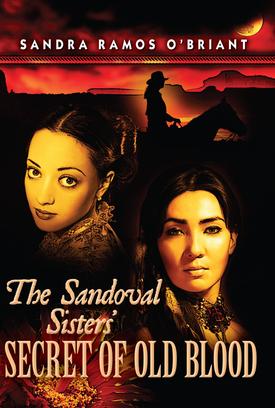 I entered the wide gates of the Sandoval compound a barefoot slave, but I soon became a favorite of doña Teresa, who was only sixteen and far from her family in Mexico City. Her father-in-law had traded for me — a bag of flour for a ragged peasant girl of five — after I had been captured by Apaches in Mexico. He brought me to this high mountain desert, to the City of Holy Faith, as a wedding present for his son, Estevan, and his bride, Teresa.
She encouraged me to read the ancient diaries of the Sandoval heiresses, said to contain delectable recipes guaranteed to whet a husband’s appetite and keep him at home. The recipes were there, but so were their fears and ecstasies, their seductions and adulterous affairs.

The diaries were cookbooks of love.

I could say I wrote what I know, but it's more accurate to say that I wanted to understand what I know. Writing clarified not just that, but also what I didn't know: about the people and their history, about dreams and superstition, about love.  I was born and raised there, except for summers in Texas with my dad.

Is Texas a villain in your story?

Texas wanted control of the  Santa Fe Trail and most of New Mexico.  This overland passage was a trade pipeline to Mexico and the West. The U.S. wanted it, too. They were both in expansionist moods.

The diary of "the first white woman" to travel the Trail survived, and there is anecdotal mention of her from that time in letters.  Also of a famous madam who was friendly with the American military.  Not much has been written about New Mexican women.  I wrote characters who are interesting to me.

Why diaries? Why three points of view?

My grandfather had an ancient adobe shed with discarded items: a burro's harness, a chest brace from when my aunt had polio, and a leather pouch filled with letters written in Spanish. I wanted them to be a diary, but they were details of financial transactions with a few personal notes. Flash! Just came to me: maiden, mother, crone. Pilar is the youngest and her spirit is youthful; Alma gives birth; Oratoria was wise and mature beyond her years.

You didn't plan that?

Any family history in your novel?

Some of Alma's Texan sojourn is based on my mother's experience with her mother-in-law, who also happened to be namedBertha. My dad was a lanky cowboy named Bill whose eyes were turquoise.

Why do you say New Mexicans instead of just Mexicans?

It's a reflection of my age and the brainwashing every Northern New Mexican receives. We were taught to call ourselves Spanish. Restaurants advertised Spanish food, but they weren't serving paella, just chile verde, tacos, tamales and spicy hot enchiladas which were flat, not rolled.

What do you call yourself now?

"He stroked my lips with his tongue, then probed deeper, and my mouth sent its wet message to my nethers." Does that help?

I get it. Thank you.